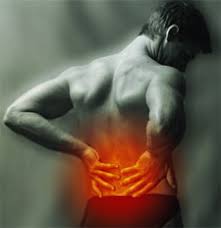 THAT IS THE QUESTION

assistance with a sports injury or a life discomfort.

And that question is this: Do I really need Chiropractic help, or will a well

An investigation recently sought an answer to that question regarding a

common type of problem involving pain in the back region. Persons with

The study involved a widely-used Chiropractic technique known as flexion-

distraction. Flexion refers to the stretching of the affected area and distraction

involves hand-pumping motions delivered by the chiropractor to

decompress a region of the spine. The technique is delivered with the patient

in many Chiropractic offices.

The 235 persons involved were divided into two study groups. One group

received Chiropractic treatment in the form of flexion-distraction. The second

group participated in an exercise-physical therapy program. The progress

While both groups reported improvements, subjects who received

Chiropractic care had significantly lower pain scores than those who received

physical therapy. These results brought the authors to the following conclusion:

Chiropractic treatment was found to be more effective in reducing pain

for one year when compared to the physical therapy.